As a resident unit manager, you may be expected to perform maintenance work on various parts of the building. This may include tasks such as repairing cracked spindles on the banister in the communal stairway, washing the pathway leading up to the entryway to the building, keeping the communal gardens tidy and cleaning the lifts.

If you make a mistake when performing this maintenance work that results in a resident's personal property being damaged, having resident unit manager insurance could be very helpful.

For example, if, when using a pressure washer to wash the concrete pathway that leads up to the building, you accidentally point the equipment's nozzle towards a nearby bicycle left by a resident, the forceful stream of water emerging from this equipment could damage the bike's tyres or its small, fragile components.

In this situation, having resident unit manager insurance could be useful, as you could make a claim to cover the cost of repairing or replacing the resident's damaged bike, instead of having to pay for this expense out-of-pocket. If the bike in question is very valuable or the repair work is very complicated and expensive, this could save you a great deal of money.

You have accidentally injured a resident

In order to carry out your duties as a resident unit manager, you may have to use toxic cleaning chemicals and operate hazardous equipment (such as drills, lawnmowers, saws and so on).

This could potentially result in you accidentally injuring a resident. If, for example, you knock over a bottle of bleach whilst sanitising a communal area of the building, and a resident happens to be walking past when this happens, the bleach could splatter and some of it could land on the resident's face. This could result in them having to seek hospital treatment.

Likewise, if you attempt to repair a communal banister but don't carry out the repair work correctly, the banister could break off when a resident next leans against it. This could result in that person falling off the stairway and being injured.

In these situations, the injured parties may have to pay for large medical bills and may try to seek compensation from you to cover their expenses. If you have resident unit manager insurance, your policy could potentially cover the cost of this compensation. 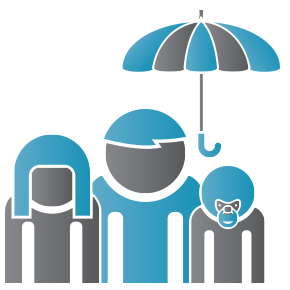 Whether it's your first time owning a car, hiring an employee, taking an overseas holiday or experiencing one of the other many things that require insurance, I want to guide you through the experience. Hi, my name is Carl, and, over the years, I have bought all kinds of insurance policies. The most memorable was booking a life insurance policy right after my first son was born – I had no idea what to do, how to find the best prices or how to choose the right coverage. Luckily, through research and experience, I have figured out a lot about insurance. If you want ideas or tips on insurance policies, please take a look at these posts.